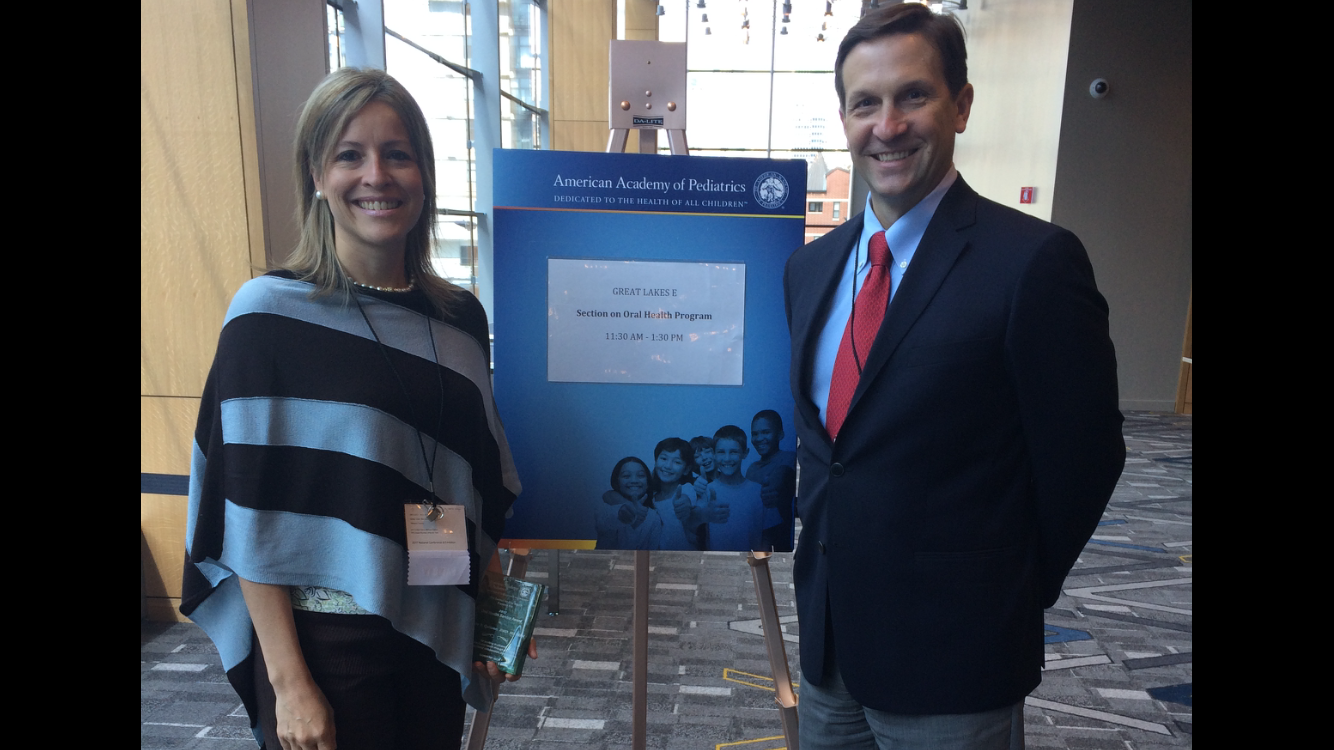 “It has been a great honor to be recognized for the interprofessional work I have been engaged in for many years, particularly from such an amazing, child-centered organization like the AAP,” said Quinonez.

The award recognizes her efforts in interprofessional education, advocacy and the significant impact of work that Quinonez did alongside Gary Rozier, DDS, MPH, on the evaluation of a physician based, “Into the Mouths of Babes” program. This program aims to deliver preventive oral health services for young Medicaid eligible children in the medical home whom may otherwise not have access to oral health services. Their work has been critical in North Carolina and has been the basis for other similar initiatives throughout the country.

“Rocio’s work on “Into the Mouths of Babes” has been truly revolutionary and tangibly impactful in our state,” said Dean Scott S. De Rossi, DMD, MBA. “It is no surprise that the AAP Section on Oral Health decided to honor her with this prestigious award.”

Quinonez, who earned her Doctorate in Medical Dentistry from the University of Manitoba in 1996, has been involved with AAP shortly after she earned her Master of Science in pediatric dentistry from the UNC School of Dentistry in 2000. She joined the UNC School of Dentistry faculty in 2006, following a six-year stint as a private practitioner in Chapel Hill and Durham, N.C. Quinonez has been involved in a number of other first-of-their-kind initiatives, like the Baby Oral Health Program (bOHP) and its sister program, the Prenatal Oral Health Program (pOHP). She is an active member of the Academy of Pediatric Dentistry and the AAP, and is an examiner for the Royal College of Dentists of Canada.