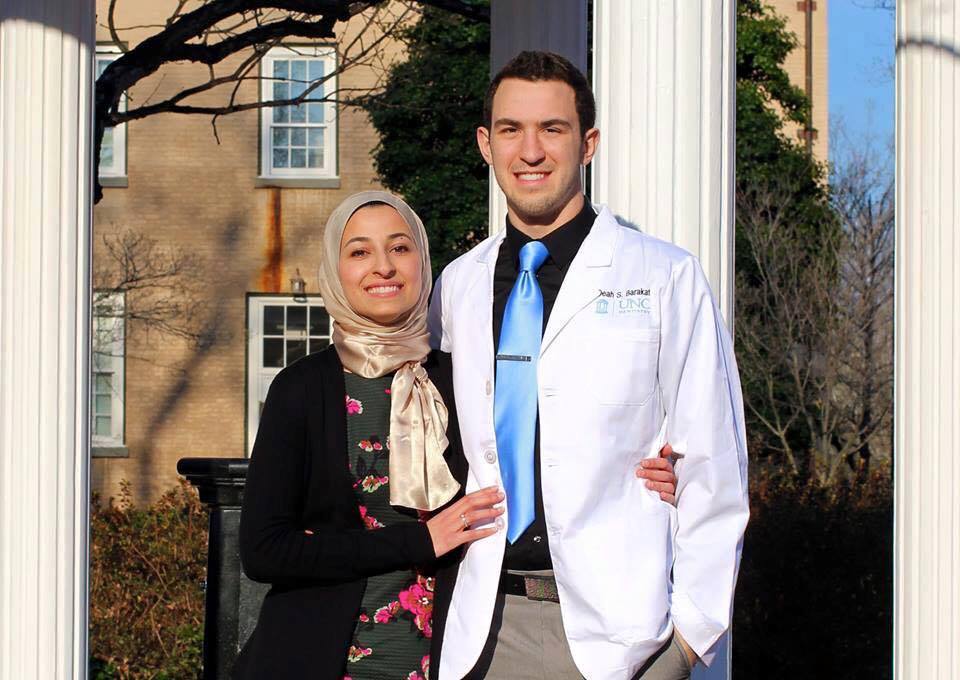 On Monday, January 18, the late Deah Barakat and Yusor Abu-Salha were posthumously honored with the Martin Luther King, Jr. Unsung Hero Award (MLK Unsung Hero Award). The award was presented to the Barakat and Abu-Salha families at the annual Martin Luther King, Jr. Celebration Keynote Lecture and Awards Ceremony, hosted by the UNC Office of Diversity and Multicultural Affairs.

The MLK Unsung Hero Award recognizes individuals and/or organizations that have made significant contributions to social justice, equity or diversity, and have made a positive difference in the lives of others.

“Deah and Yusor gave tirelessly to the service of others who are less fortunate,” said Jane Weintraub, dean of the UNC School of Dentistry. “Their selflessness, caring and generosity of spirit showed through their actions, when they’d spend time providing food for the homeless, helping at free dental clinics and raising money to travel to Turkey to provide dental care for Syrian refugees. This award is a beautiful tribute to their legacy, which continues to be an inspiration to others.”

Barakat and Abu-Salha were two of the three victims in a February 2015 triple homicide in Chapel Hill. Barakat was a member of the DDS Class of 2017; his wife, Abu-Salha, had been admitted into the then-incoming DDS Class of 2019. The third victim was Abu-Salha’s younger sister, Razan, a sophomore at NC State University.

The Martin Luther King, Jr. Celebration continues for the rest of the week. Information about the upcoming events can be found by visiting http://diversity.unc.edu/programs-and-initiatives/mlk/.