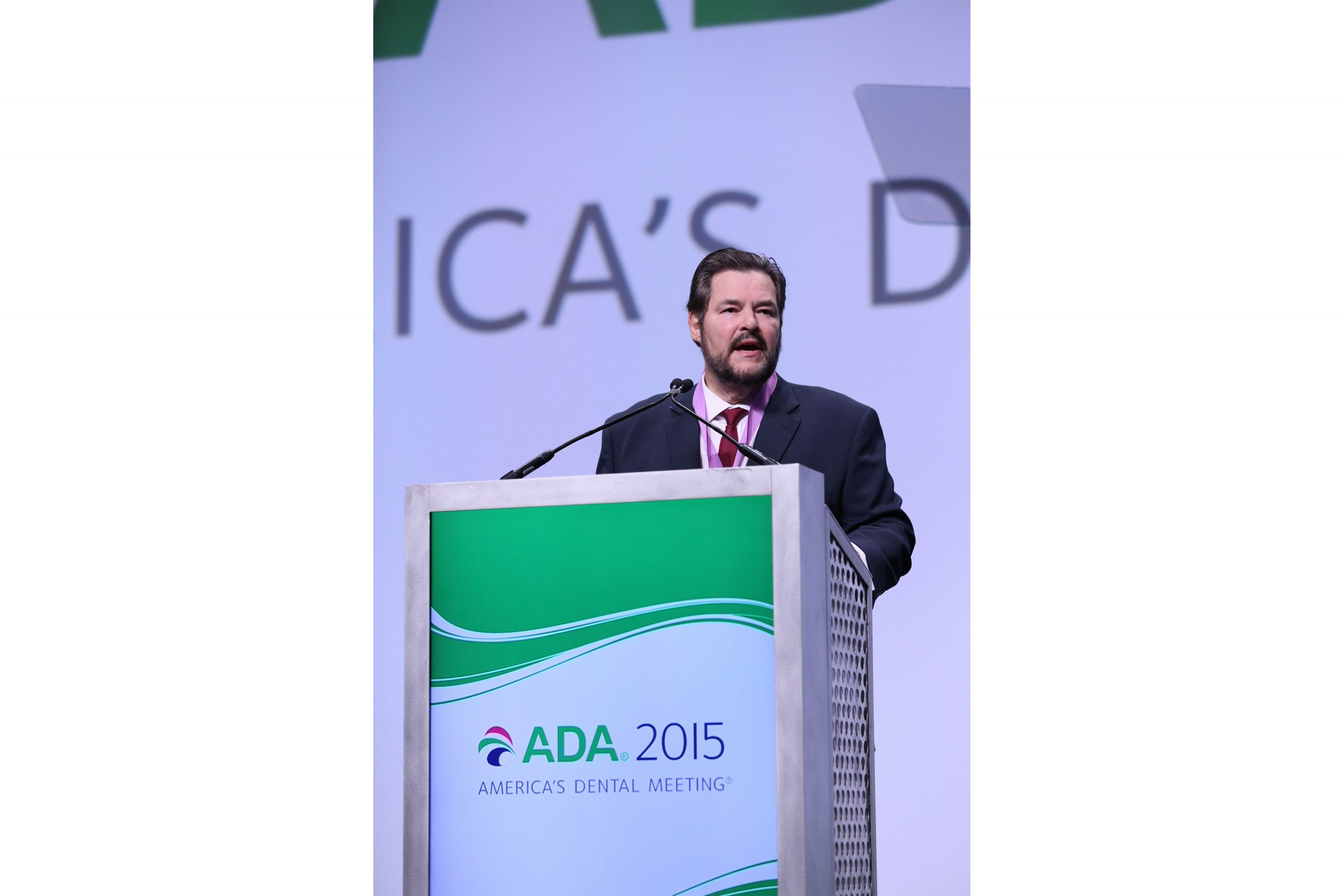 Dr. Steven Offenbacher, chair of the Department of Periodontology and Kenan Distinguished Professor, was recently presented with the American Dental Association (ADA) Gold Medal Award for Excellence in Dental Research. The Gold Medal honors individuals who, through basic or clinical research, have contributed to the advancement of dentistry. Offenbacher formally accepted the award on November 5, 2015 at the ADA Annual Session.

“I have deeply admired Dr. Offenbacher and his research throughout my career,” said ADA President Maxine Feinberg. “His work on the oral-systemic health connection was game-changing. So much of what we’re discussing at the ADA today about collaboration with other health care providers is directly related to his work. His work proved what dentists knew anecdotally for generations.”

Recipients of the ADA Gold Medal Award for Excellence in Dental Research are regarded as leaders in the dental field. Awarded every three years, those honored with this distinction are able to serve a three-year term as a member of the Council on Scientific Affairs. They also receive $25,000 and a gold medallion to commemorate their achievement.

Offenbacher’s impact on dental research is immense. He is credited with pioneering the work which illustrated the relationship between periodontal disease and cardiovascular disease, and also that between periodontal disease and adverse pregnancy outcomes. He has been published in more than 400 publications and cited more than 12,000 times. His honors include receiving the American Association of Periodontology (AAP) Distinguished Scientist Award, the AAP Educator Award for Outstanding Teaching and Mentoring and the ADA Norton M. Ross Award for Excellence in Clinical Research.

“I was uncharacteristically speechless when I learned I’d received this honor,” said Offenbacher. “This award is like the actors’ lifetime achievement award that is given at the Oscars. I know that this is a signal from my peers that I am now an old guy who has somehow managed to have an impact on our profession during my career.”