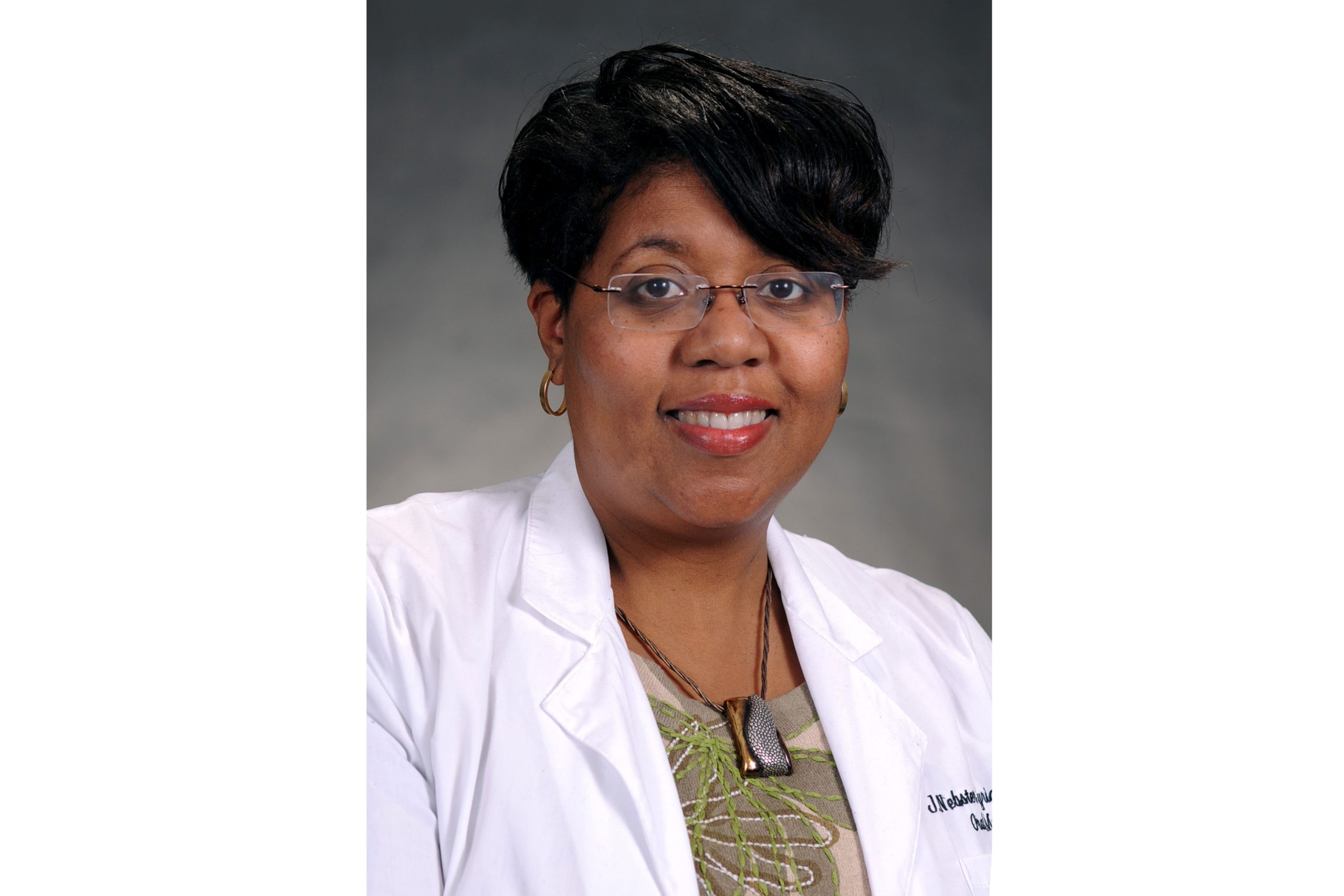 Dr. Jennifer Webster-Cyriaque, a professor in the Department of Dental Ecology, is working to fight a growing type of head and neck cancer by partnering to develop a rapid, oral test for HPV, a virus linked to cancer.

Webster-Cyriaque, who is also appointed as a UNC Lineberger member and a professor in the UNC School of Medicine, is a co-investigator with Sunnyvale, Calif.,-based InSilixa Inc. for the development of a rapid oral HPV test. They plan to use company technology to adapt a test originally developed in Webster-Cyriaque’s lab so that it can detect oral HPV at the time that a patient comes in for care.

“Right now, there isn’t a U.S. Food and Drug Administration-approved test for oral HPV that’s usable in the clinical setting,” said Webster-Cyriaque. “So the potential for this test is significant.”

InSilixa Inc. has won a $224,764 Phase I Small Business Innovation Research grant from the National Institutes of Health to support the test’s development. The company plans to use its proprietary, semiconductor-based biochip technology to develop the rapid test.

“We are very pleased that the NIH continues to support development of the InSilixa platform; in this instance as a potential new tool to screen oral specimens such as saliva for cancer-causing HPV types and to risk-stratify those persons found to be positive,” said Dr. Gary Schoolnik, chief medical officer for InSilixa, in a prepared statement in a company release.

The Pap smear is used to screen for cervical cancer, and last year the FDA approved the first HPV test for primary cervical screening. The test can be used alone to help health care professionals assess the need for a woman to undergo additional cervical cancer testing, according to a news release from the FDA.

To date, there is no FDA-approved test for HPV in the mouth and throat, Webster-Cyriaque said. While some types of HPV are present in both cervical and oral cancer, she said the subtype spectrum is different in the oral cavity.

“There is no oral HPV test and persistence of high risk HPV types is an important risk factor for cancer development,” she said. “So this test would detect HPV in oral fluids – saliva – and that would be selective for types of the virus that are higher-risk for causing oral cancer.”

In the United States, there has been growth in the incidence of HPV-linked oropharyngeal cancer, which is a type of head and neck cancer that occurs at the back of the throat and base of the tongue.

According to a 2011 study that drew on data from the National Cancer Institute Surveillance, Epidemiology and End Results program, HPV prevalence in oropharyngeal cancers grew 225 percent from 1988 to 2004, while the incidence of HPV negative cancers dropped by half.1 The annual count of HPV-positive oropharyngeal cancers was expected surpass the annual number of cervical cancers by 2020 if the trend continued, the study also found.

The test that InSilixa will work to develop originates from a lab-based test developed in Webster-Cyriaque’s lab. The lab-based test, which was described in a 2010 study, was used in a phase II clinical trial through the Oral HIV-AIDS Research Alliance/AIDS Clinical Trials Group.2

The test is designed to identify which strains of HPV are present, and whether a person has a high or low risk for causing oral cancer.